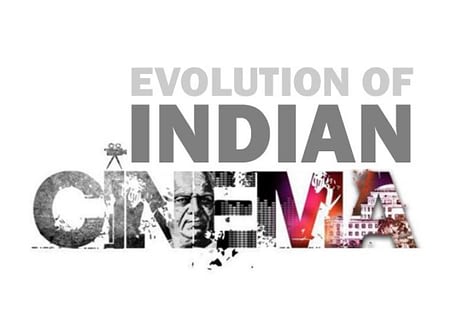 Cinema, being one of the most popular pastimes for the Indian public, went through innumerable phases in its journey since its inception. To us Indians, Cinema has more or less become an integral part of our lives. It is safe to say that it is not just kids who love to watch a film. Rather cinephilia in India is almost traditional. For over a century, film as a medium went through an array of changes and modifications to compete with world cinema as well as to develop a critically acclaimed film culture. Indian Cinema transformed from silent to sound films in the early 1930s and as time went by, it shifted from multiple reels to single show reel. Its journey from completely black-and-white to colour and from zero graphics to heavy CGI work is undoubtedly inspirational and demands cultivation. 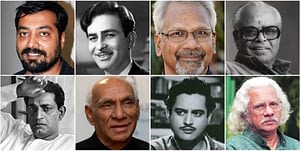 With the advent of sound, the Indian public entered into a completely new world of entertainment through films. Song and dance, which was an integral part of theatres until sound came to film, was the trending style of cinema in the 30s. For instance, a film like Shirin Farhad (1931) took the central theme from Shahnama, where a Persian sculptor falls in love with the Queen. Legends, folklores, love affairs and the kind concocted with music and dance sequences to narrate an epic story was the most popular style of filmmaking back in the day. The tradition of stunt films, which gained popularity in the mid-1920s, became even more popular with the incorporation of sound technology. Other than Shirin Farhad and Alam Ara, Indrasabha and Jamaibabu are notable examples from this era.

In the 1940s, India was engulfed in the freedom movement and struggle against British imperialist forces. The spirit of nationalism proliferated into the world of cinema quite easily. By now, many filmmakers were habituated with the latest tool and technology that went behind making a film. A stream of anti-colonial sentiments spread across the heart of every Indian, whereas filmmakers wanted to express their grievances against the oppressive British rule over India. Guru Dutt’s Pyaasa (1957) and Kagaz ke Phool (1959) is set in the backdrop of a poverty-stricken India, struggling to recover from the huge losses that was inflicted on its citizens. Mehboob Khan’s Mother India (1957) was a stupendous success in the history of Indian Classical Cinema that brilliantly carried and preserved the essence of struggle and hardship of the Indian people.

Alongside social issue drama, Indian cinema of the 1950s saw another film movement that originated in the state of West Bengal. What came to be known as Parallel Cinema, stood out to be one of the most popular film movements of all time. Renowned personalities like Satyajit Ray, Mrinal Sen, Ritwik Ghatak, Bimal Roy and several other imminent directors made their mark through films like Do Bigha Zamin (1953), The Apu Trilogy, Nagarik (1952), Ajantrik (1958), etc. The years between 1940 and 1960 is also known as the “Golden Era of Indian Cinema” due to the invaluable contributions that were made to the film industry in general. As the studio system further progressed, production houses started producing big budget films. These films would cast sensational celebrities as lead characters while being genre specific at the same time.

Melodrama became the most celebrated genre in the history of Indian Cinema since the late 1950s. As cinema entered into the 1970s, big studios like Yash Raj Films, Guru Dutt Films, R.K. Studios etc introduced stars like Dev Anand, Amitabh Bachhan, Hema Malini etc. who won the hearts of millions of people all over India. These films would incorporate mixed genres like comedy with thriller, action with comedy and sometimes, simple dramas would be mixed with multiple other genres. This genre mixing would pave the path for mainstream Bollywood cinema in the coming years until the late 90s and early 2000s. In the post globalization era, Bollywood film industry saw a technical boom that allowed digital sampling, VFX and CGI work to be introduced in the world of films. Several films like Krrish (2006), Ra. One (2011), Bahubali (2015), etc. demonstrated outstanding VFX artwork which grabbed international attention.

The journey of Indian cinema from the silent era to the era of heavy special effects is worth observing as cinema developed as a medium and went through several changes and modifications. It should be interesting to see what further changes the industry goes through, as technical advancements demand new alternatives with new platforms coming to existence.

Scroll back to top